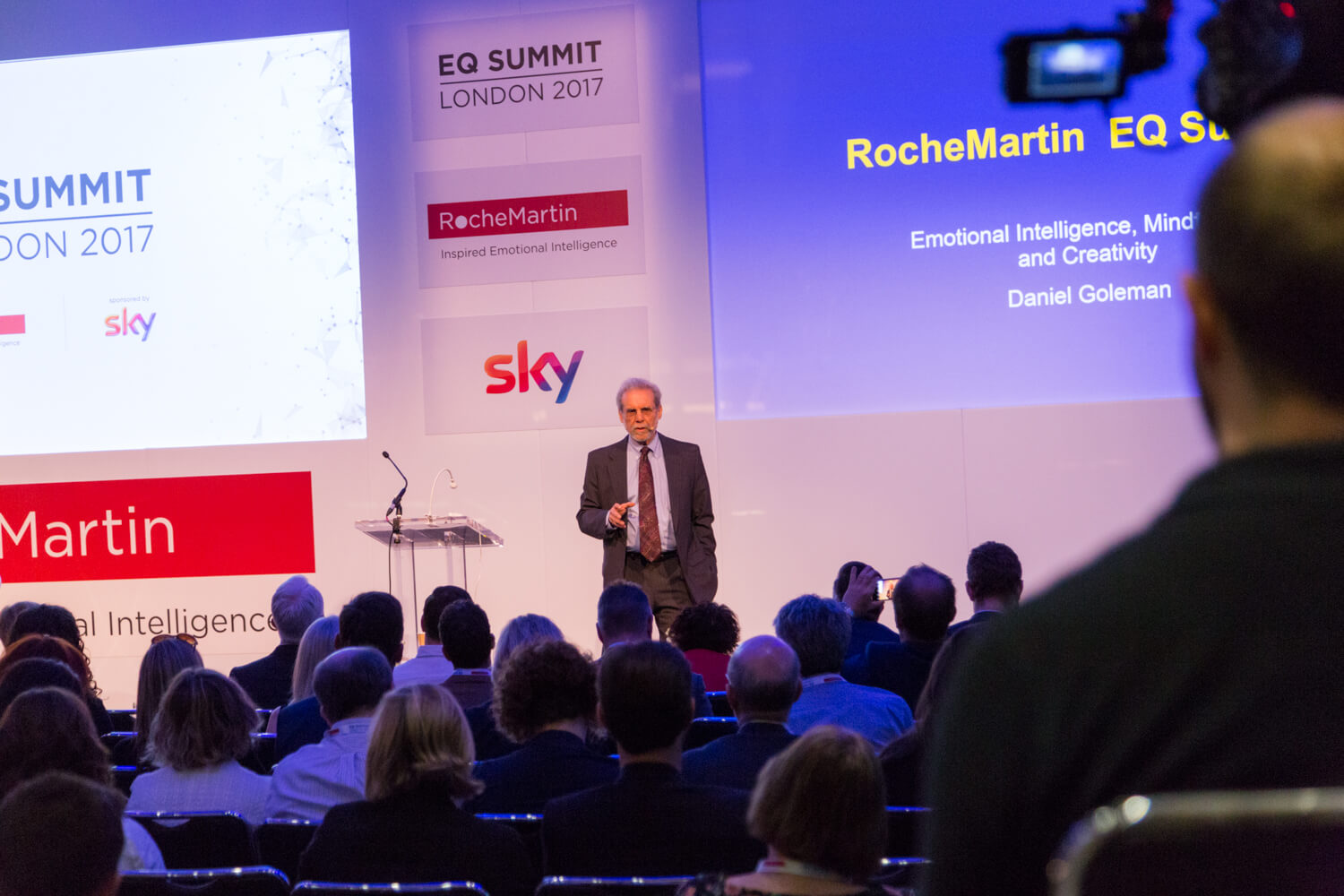 At the EQ Summit in London the godfather of Emotional Intelligence, Dan Goleman discussed the results of a study in New Zealand where they took every child born in Dunedin and followed their progress into their 30s. One factor predicted financial success that was stronger than IQ and even stronger than the wealth of the family they grew up in.

Read the startling findings below.

The Model of Emotional Intelligence

This is my model of emotional intelligence:

Those are kind of the big four domains. What’s interesting is and our research shows that self-awareness, which is the least visible of these abilities, is the most important. It’s foundational. This is one of those hard to see empirical underpinnings, but if you’re out of tune, if you don’t tune into yourself, you can’t manage yourself well. Turns out, if you don’t tune in to a certain range of your own experience, you won’t be able to recognise that range in other people. The relationship skills element, which is the most obvious leadership skill, is built from the other three.

Mindfulness gets you very far in terms of having emotional intelligence but it does not get you everything. This is because there is learning required. Self-awareness, self-management, social awareness, relationship management are learned and learnable abilities. Mindfulness helps, for example, with emotional self-awareness. It enables you to tune into your feelings. Being able to know how your emotional state or your internal state is affecting your performance is an absolutely crucial skill. However, the other three need to be developed and honed by learning the specific skills that will help you become better at each of them.

Emotional self-control is being able to manage your inner emotional world so that you can keep your focus, you can be mindful of the task at hand. As Aristotle said, “Anyone can get angry, that’s easy, but to be angry with the right person in the right way for the right reason at the right time, that’s not so easy.”

Emotional self-control is critical for a leader stay calm and cool. Why is it important for leaders to stay calm and cool and clear? Because you can take in information fully even under the worst conditions and can register it deeply and respond most adaptively, most nimbly. How the leader in the crisis reacts determines, to a surprisingly large degree, how calm and clear people around them can stay or not. It radiates out from the leader. So managing your emotions is critical.

In the book ‘Working With Emotional Intelligence’, I looked at competence models. An article written by David McLellan – my mentor at Harvard – suggested that if you want to hire the best person for a job, don’t look at their IQ, don’t look at their personality profile, don’t look at their recommendations.  Look instead at the people in your organisation who are in that role or have been in it in the past. Identify the top 10% by whatever metric makes sense for you and then compare them to people who are only average. Then you should systematically analyse what abilities or skills  you find in the outstanding and the stars, that you don’t see in the average and hire people who look like the stars. Promote them. They’re your high potentials. Help people in your organisation develop those particular skills.

Everything you learn in school and your IQ is basically threshold. You need it to get the job. And you need to be able to have a certain level of cognitive ability to process whatever information that is required. After that, it doesn’t have that much impact. The higher you go in an organisation, the more Emotional Intelligence matters. For c-suite level jobs, for top leadership jobs, emotional intelligence abilities are 80% to 90% of the competency model.

There was a study done at, I’ll say Oxbridge because I can’t remember if it was Oxford or Cambridge. They put people in teams and they gave them a task and then they saw how well they performed. They found that the teams with the highest cumulative IQ were the worst at teamwork. What made the difference was the level of harmony on the team. If you had people of outstanding abilities and you can get them in harmony, then you had an outstanding team.

Vanessa Druskat has done the most work on emotional intelligence and teamwork. She has very strong data showing that teams with high levels of emotional intelligence produce the best business performance. These teams do things like take time to know each other. They recognise each other’s talents and limits. They talk about things that are simmering. They don’t just let them simmer. They have a good time together. They get in flow together. They celebrate wins. They do this by team norms. Team norms dictate how we are with each other in a group. For example, I was talking to the director of what, in America, are called national labs. This is a guy who was managing or leading 5000 PhDs in research. He said, “We have a norm here. The norm is that when someone comes up with a creative insight or idea, the next person who speaks must be an advocate,” in other words, a supporter, “because new creative ideas are very fragile buds. It’s very easy to be critical of them and kill them on the spot. But if you’re going to thrive as an organisation, you have to nurture them so you can decide which one you are going to work through together.”

Leadership is the art of getting work done well through other people. It’s basically about relationships. There have been studies in psychology for decades of two people, two strangers coming into a lab. They fill out a mood checklist, about how they feel right at that moment. Then they sit in silence looking at the other person and fill out that same checklist. It turns out that the more expressive person in that pairing communicates and transmits his or her emotions to the other person in two silent minutes. It’s a very powerful unconscious connection between people and it spreads emotions, it spreads states of mind.

A study at Yale found that if a team leader is upset or in a negative mood, members of that team catch that mood and performance goes down. If the team leader is in an upbeat and enthusiastic, energised mood, people catch that, and performance goes up. This is true of business decisions and it’s true of creative problem solving. It’s not that the leader’s internal state is irrelevant. Actually, it sets the tone and it puts people in the right or wrong brain state to work well.

So how can leaders relate better? In one word, empathy. Empathy is a fundamental social or relationship skill. Empathy is a kind of interpersonal mindfulness. There are three kinds of empathy.

The first kind of empathy is cognitive. It means “I understand how you see the world. I understand the mental models you use, the terms in which you slice the world.” This let’s me be very effective in communicating with you as a leader.

The second is emotional empathy. This means “I feel with you”. This is the social brain empathy. This allows a leaders to be close, to be connected, to have chemistry.

The third kind of empathy is very crucial. It’s called empathic concern. It means “I not only know you think and how you feel, but I care about you.”

John Bowlby, a British psychiatrist who was an expert on child development, studied what it means to be a good parent. He found that it is a parent who can let a child feel ‘I know you, I empathise with you, I protect you, I support you’.

Bowlby went on to say and we all need that throughout life. It is particularly important for leadership because these are the bosses we love. If you ask people, and I’ve done this around the world, “Tell me about a boss you loved and a boss you hated?” the boss that people loved is the empathic one. The opposite is the leader who doesn’t have these abilities. For leadership, I think all three kinds of empathy are absolutely crucial.